Read more about the challenges and impurities in gas engine oil 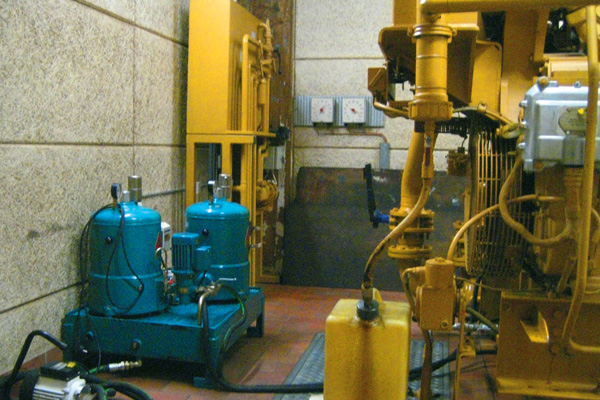 The customer decided to make a test run with the CJC® Lube Oil Filter for the gas engine oil’s continuous care and depth filtration (24/7).

The CJC® Lube Oil Filter removes particles, soot, oxidation residues and water and neutralizes the acids in the oil. The filter has two filtration housings. 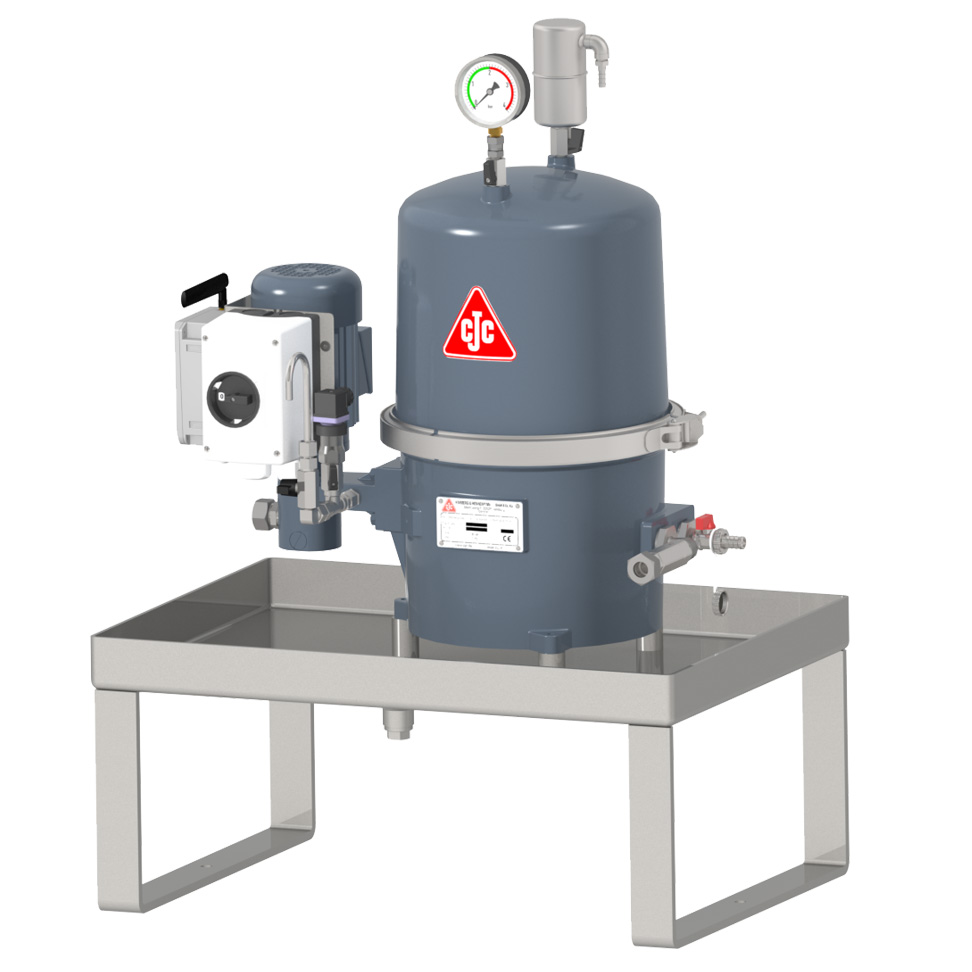 Due to the continuous filtration and care of the gas engine oil by the CJC® Lube Oil Filter, the operator prolonged the oil lifetime from 1,500 to 3,997 operating hours, an increase of more than 60% The viscosity amounted to 150 cSt after 3,997 hours and was still lower than before, with 164 cSt after approx. 1,500 hours (reference new oil viscosity at 40 °C = 126 cSt).

After 3,997 hours, the operator evaluates the test result as a success because the aim to double the oil lifetime has been reached. The other oil condition values were well below the limit at the end of the test period. That means that the oil filling would not have had to be replaced even after 3,997 hours. 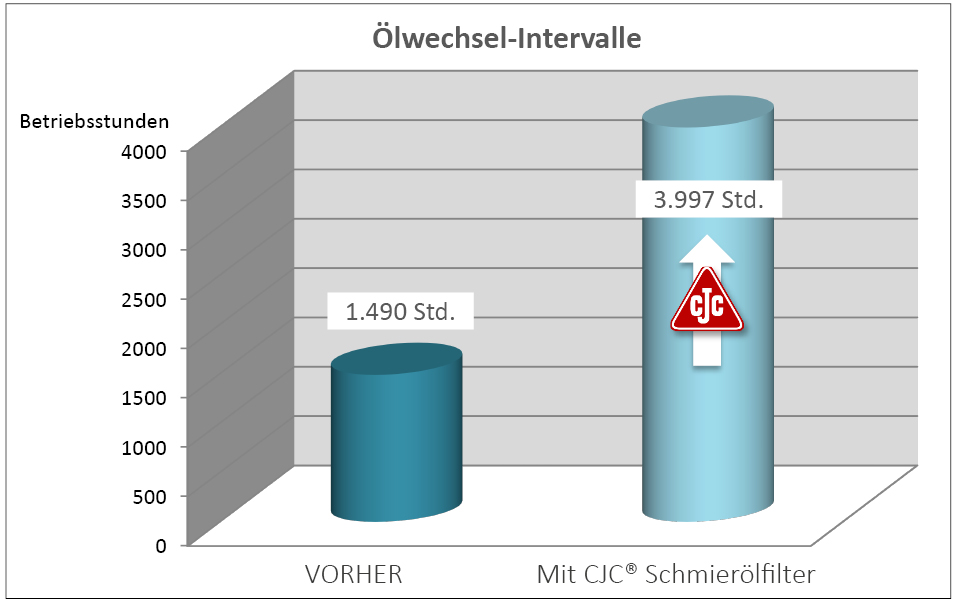 Our customer saves only due to the prolonged oil change intervals (based on 8,000 running hours per year). 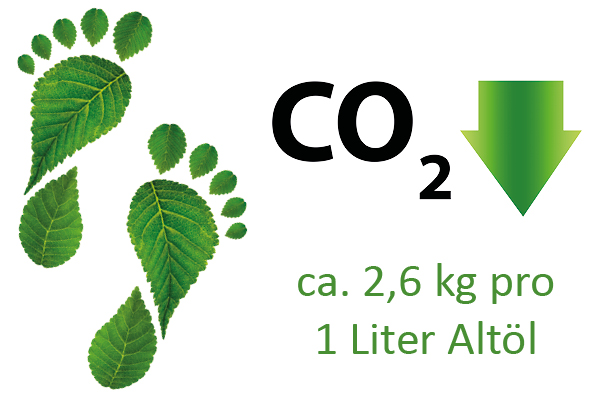 Gas engine oil care instead of replacement simultaneously protect the environment and resources:

*) The thermal disposal of waste oil produces approx. 2.6 kg of CO2 per 1 litre.

Would you like to know more about the application study? Let us start a conversation.

Get detailed information about the oil analysis and results and a personal consultation specifically regarding your gas engine, engine oil and requirements and aims.

Write or call us.